Triangle Communications has confirmed a fiber cut in Harlowton caused Internet and telephone outages for our members, as well as cell phone use in the area. Harlowton, Martinsdale and White Sulphur Springs were also affected, resulting in no internet and telephone service. This cut cable also affected the ability in other exchanges to place long distance calls and calls within extended area calling. We expect this outage to last most of the day on August 23rd. 911 was also affected and was the top priority for restoring of services.

A large fiber optic cable as well as a large copper cable carrying high volumes of traffic was cut shortly after 10:15 am by contractors working in the area. This cut triggered alarms and immediate mobilization of Triangle Communication technicians from throughout the company.

“The Triangle network is designed for self-healing redundancy in the event of a major fiber transport route cut. It has been years since our last major outage of this nature, as a result of all the planning and work we have continued to do to create diverse routes” stated Triangle’s General Manager/CEO Craig Gates. “Unfortunately, with the multiple cables being cut and this particular location, the redundant routes didn’t allow for quick restoration of service. We appreciated everyone’s understanding as our local crews work hard to restore critical services as quickly as possible.”

Restoration of a fiber & copper cut of this nature requires finding the physical location of the cut and carefully digging back on both ends of the cut to expose the fiber & copper, followed by the precise splicing of over 1200 different fiber optic & copper cables. The fiber optic cables are smaller in diameter than a human hair and require extreme precision.

Fiber optics carrying 911 traffic was identified for priority restoration as well as other critical service locations. The first services were restored at approximately 3:45PM and crews are working diligently to restore all services. Maintenance work may be necessary in the future to restore the damaged facilities to permanent conditions. 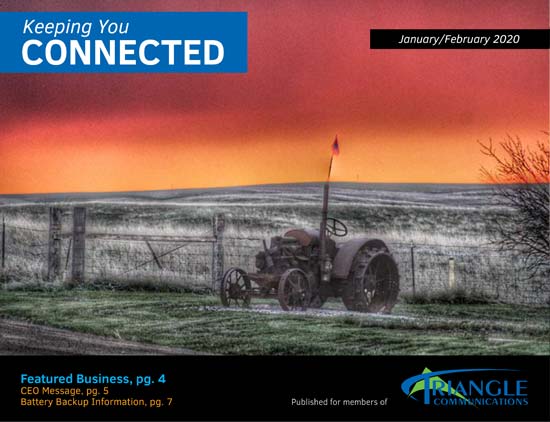